TranScreen
Amsterdam Transgender Film Festival is a multi-day film festival with international films about transgender and/or gender diversity. We screen a mix of films from all over the world; feature films, shorts, mainstream, experimental, professional and community films, and showcase an art program with video and other art forms.

Mission
Our aim is to increase (awareness of) gender diversity, visibility, acceptance and empowerment of trans and gender diverse people.

We denounce the discrimination and injustice of transpersons by combating media stereotyping. We thereby contribute to greater visibility of gender diversity in society and promote emancipation and empowerment of transgender people.

TranScreen is also a festival of recognition and mutual reinforcement for the transgender community itself.

Vision
Transgender people are now everywhere in the media. However, we believe that we are not always represented in the right way. We believe that bad / wrong representation of trans people drives transphobia and can therefore have a negative effect on the lives of trans people.
We receive films with stories that are told by transgender people and that we bring to the big screen. In this way we make the awareness of the social consequences for transgender people visible to our audience and people who become acquainted with our festival.

TransMotion Foundation
TranScreen is part of the TransMotion Foudation. TransMotion organizes social and cultural activities on the topic of transgender. Their mission is to contribute to a greater visibility of gender diversity in our society and to promote the emancipations and empowerment of transgender people. 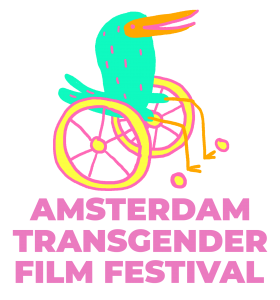