Tickets: Only for Cineville pashouders via Vitamine Cineville

The documentary MAJOR! won the Audience Award for best feature film at our 2017 festival. Afterwards, we have shown the documentary at multiple festivals and other occasions. The response is always the same: more people need to hear this story! That is why we are incredibly excited that our crowdpleaser MAJOR! is part of our program this year as Cineville Exclusive. According to our 2017 visitors one of our best films ever.

MAJOR! explores the life and campaigns of Miss Major Griffin-Gracy, a 73 year-old black transgender activist who has been fighting for the rights of trans women of color for over 40 years. Miss Major is a veteran of the Stonewall Rebellion, a survivor of Attica State Prison, a former sex worker, a community leader and human rights activist. Her personal story intersects LGBT struggles for justice and equality from the 1960’s to today.

In 2017, we also showed this documentary. Afterwards, we had a panel discussion regarding ‘Intersectionality in the Trans* Community’. Intersectionality can be understood as the intersection of different identities and forms of oppression that intersect in one person. In the case of Miss Major, both her being black and her being trans* are important parts of her identity. Together they are intertwined with the oppression and struggles she faces daily.

You can watch this panel on our YouTube channel. While it touches on the subjects in the film, you do not need to see it before watching the panel. 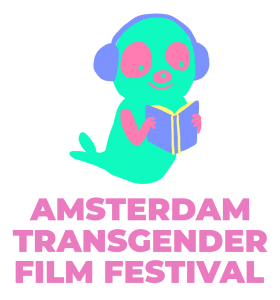